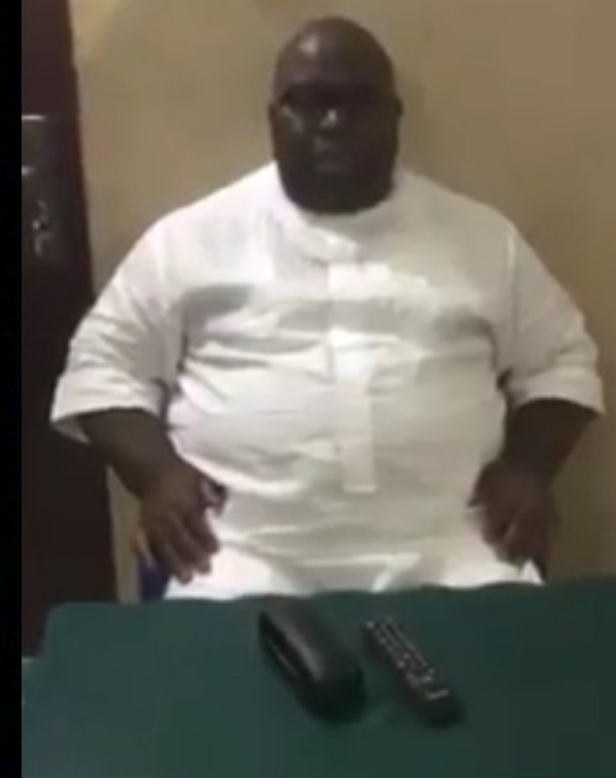 Asari Dokubo, former Niger Delta militant leader, has in a viral video obtained by SaharaNew , accused the leader of the Indigenous People of Biafra (IPOB), Mazi Nnamdi Kanu of ordering the assassination of Prophet Anthony Nwoko.

According to the ex militant leader, Cleric Nwoko was assassinated by agents of Nnamdi Kanu to silence him because he opposed his way of camouflaging under the Biafra struggle to enrich himself.

In the viral video, Asari Dokubo also accused Nnamdi Kanu of collecting money in dollars from the Peoples Democratic Party (PDP) presidential candidate, Alhaji Atiku Abubakar before he lifted the ban on Igbos voting in the last election.

Read the full speech of Asari Dokubo in text;
“It is very sad that our struggle have come to the stage when the IPOB and its leadership under Nnamdi Kanu will order the assasination and the murder of fellow biafrans who disagree with them on the modalities of achieving our independent as a nation.

“It is so so sad that the Kanu who cannot lift a stone in defence of biafrans against the killing and brutality visited on our people, on the igbos especially his own people by the Nigerians occupation office will now turn against his followers to murder those who disagree with him.

“Nnamdi Kanu has open a pandora box and led out the demons of destruction and blood and it is the duty of all of us biafran to come together and lock, shame the box and to throw it in the deepest part of the ocean. Because this is very dangerous, somebody who cannot lift up a finger against our enemies can only run his mouth is now ordering for the killing of our people.

“And we are expected to keep quiet, everybody knows that Cleric Nwoko Was killed by Nnamdi Kanu and his IPOB, I don’t know Cleric I have only watched his videos and listened to him. I was told by some people who came to see me in my residence in Yenagoa about him but I have never met him. It is so so bad we never thought that one day our struggle will come to this very shameful stage.

“From the very beginning I have struggled to ignite and reconcile all shade of opinion because I believe that our nation should be a rainbow nation with people of all beliefs who will congregate together in different opinion and colors and move our struggle to its destination. I never envisioned a biafra that biafrans will carry arms against their fellow biafrans.

“Nnamdi Kanu is an opportunist who have come to catch on the painful struggle and sacrfices that others have made.”

SaharaNews was able to gathered that the body of Prophet Nwoko was discovered three days after he was assassinated in his abode in Enugu.

JUST IN: The NJC Removes Onnoghen’s Name From Membership List