No Amount of bribe can prevent us from exposing bandits… 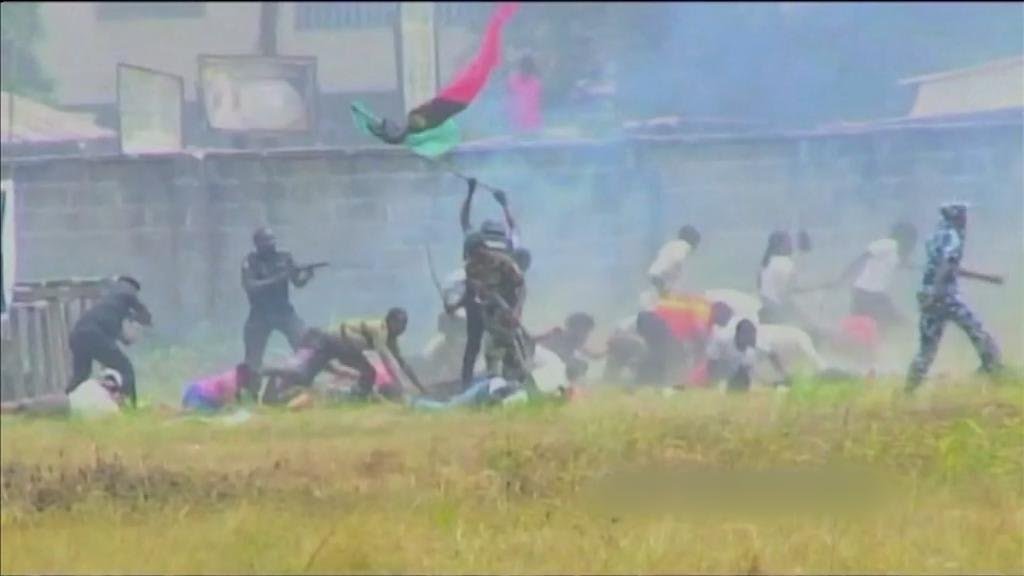 Despotic acts targeted against the legitimate will and desire of the people, clearly inhibit progress in any known environment. The fulanised and fantastically corrupt Nigerian government in it’s morbid quest to ensure the unity of Nigeria by every means imaginable, has severally maligned and abused the rights of the inhabitants. There is absolutely no tangibility of facts behind such dehumanization policy against the people but rather for their courageousness in speaking out against the level of marginalisation schemed against them.

Prisons establishments the world over, are purposed to re-habilitate, re-orientate and re-order the future of convicts following their re-integration into the society, after service terms for known crimes. Nigeria is unfortunately and shamefully, an enclave where speaking the truth is criminalized and bearers imprisoned. To worsen the already worse situation, the global community has remained adamantly silent. Some irrefutable facts concerning Nigeria can never ever be swept underfoot. God alone created and owns the earth and everything therein. Yoruba, Arewa and Biafra with diverse value systems cannot coexist as a nation. There is virtually no tribe in the contrapted enclave called Nigeria that was consulted by the British colonialists before the forceful amalgamation orchestrated by Fredrick Lugard in 1914. Successive Nigerian governments at different periods, have gruesomely and unjustifiably wasted the blood of innocent Biafrans. Such vampiric antecedents can never ever guarantee or bring about the much taunted unity of the country. Nigeria has over the decades, been reeling in stagnancy at various fronts despite the huge fortunes accruing from vast deposits from natural resources that dot the land, particularly across Biafraland. This is indicative of the fact that Nigeria will unavoidably one day, disappear from the surface of the earth.

The ancient biblical Joseph was unjustly imprisoned by Pharaoh not knowing exactly how his freedom will be effected. But according to God’s ordination, he was released strongly emboldened, with a prestigious crown of leadership placed on his head as a Prime Minister in the land of Egypt. He was adjudged innocent of what his accusers levied against him. Moses is another biblical character that was exiled for legitimately fighting for justice and emancipation of his Israeli brethren. But he eventually resurfaced stronger, for the freedom of his people from their land captivity. Nelson Mandela of South Africa was incarcerated for twenty seven (27) good years undeterred, and at the end of it all, his fellow compatriots regained their freedom from the clutches of white minority rule called apartheid. He subsequently became the first black President of that country.

Quite a number of clergymen have proclaimed to all those who cared to listen, that all those wrongly accused and mistreated, end up disgraced. It must be noted that the Fulani run government of Nigeria, is infested with stark illiterates that cannot decipher the truth nor intelligently proffer enduring solutions that can engender trust. For the fact that the mainstay of resources of the country’s economy accrue from oil and gas deposits in Biafraland, is the only reason behind the one-Nigeria mantra deceptively being echoed.

Mazi Nnamdi Kanu, the courageous leader of the Indigenous People of Biafra (IPOB) globally, is not an advocate of oil and gas or their proceeds but justice, equity and freedom. He has even promised to give the Hausa-Fulanis and their Yoruba accomplices, these products free of charge, so long Biafrans regain their freedom. In Biafraland, the train of freedom and restoration is blazing. God Almighty is in full control. Nigeria prisons and the incarceration of Biafrans can never ever guarantee unity. The day of reckoning is fastly approaching, therefore all hands must be deck for the realization of set objectives.

The level of marginalisation being meted on Biafrans and criminally concealed by the Nigerian government, are alarming. Getting arrested and imprisoned is no longer a new thing. From revelational accounts, many family members of the Indigenous People of Biafra (IPOB), who were unjustly imprisoned have emerged emboldened on their release. Such personalities include: Mazi George Onyeibe, Mazi Ikechukwu Ugwuoha, Mazi Moses Agbo, etcetera. The IPOB fully understand the tricks of these One-Nigerianists and are readily prepared even at all times, in whichever way the pendulum swings.