JUST IN: Nigeria Election And Biafra, Tragedy And Hope For The Igbos – APGA Chairman 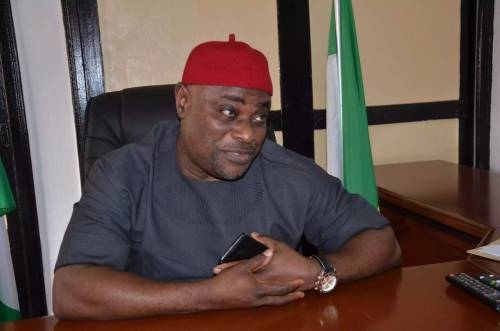 SAHARANEWS – Chief Victor Oye, National Chairman of the All Progressives Grand Alliance (APGA), says the 2019 elections in Nigeria constituted a tragedy for the Igbo.

He said although his party did well in the elections, his people should not have put all their eggs in one basket.

According to Oye, the people should have given 40 per cent of their votes to President Muhammadu Buhari.

Speaking in an interview published by The Punch newspaper on Sunday, he said: “The last election was a tragedy for our people. I was among those who spoke against putting all our eggs in one basket. My idea was that if we could give President (Muhammadu) Buhari about 40 per cent, then, the balance could go to anyone who we so much loved.

“But today, we have lost out. It was that mistake that we made on February 23 that is having serious impact on our people in Lagos. The people there voted for a party they saw as theirs and didn’t want Ndigbo to do otherwise. When you go to Rome, behave like Romans.”