JUST IN: President Buhari is not my uncle, he is not my cousin – Amina Zakari 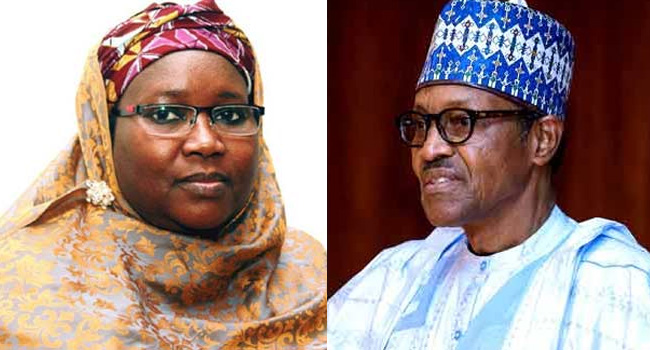 Chairman of the INEC Committee on Collation Centre for the general elections, Mrs Amina Zakari, has rejected claims that she is related to President Muhammadu Buhari, amid raging controversy over her appointed to the role.

“President Muhammadu Buhari is my President as [he is] everybody else’s President. He is not my cousin, he is not my uncle as is being claimed,” she said in an interview with the BBC, published on Saturday.

Since the Independent National Electoral Commission announced her appointment on Thursday, opposition politicians and the Peoples Democratic Party have rejected it, insisting that she is related to the President and the move is part of the plot to rig the elections.

The Presidency and INEC Chairman Professor Mahmood Yakubu have separately denied the allegations.

In rejecting the claims, Mrs Zakari explained that she had done her job diligently over the years without scandal or blame.

She pointed out that she was first appointed by President Goodluck Jonathan in 2010 and served as a Special Adviser to President Olusegun Obasanjo prior to that.

“I have done my job conscientiously over the years as a patriotic citizen of Nigeria,” she said. “I don’t think I should be distracted now that elections are coming forward. I will continue doing my work. I will continue serving my country to the best of my ability with the best of intentions.”

Mrs Zakari recalled that she had been part of INEC when Jonathan defeated Buhari in the 2011 Presidential election and challenged anyone who had any evidence of wrongdoing against her to come forward with evidence.

She said, “I have been on this job since 2010 and this same President lost an election and the people that complained have worked closely with me. They have not in any way accused me of any wrongdoing over the years and I have done my work diligently.

“I was in charge of political party monitoring for four years – from 2010 to 2014. There was not a single scandal to my name and nobody can claim to have paid me or asked me to do anything wrong. And if they have, I would love them to come forward and prove it to the nation and to the world at large because this is getting into a global dimension.”

Beyond denying claims that she is related to the President, she suggested that it was impossible for her to influence an election monitored by thousands.

“I don’t think I should worry about this because I am one single person out of 16,000 staff, of about a million ad hoc staff that will run the election. I can’t see how I can get powers to influence an election as a single individual,” Mrs Zakari said.