JUST IN: US government responds to GEJ over allegation against Obama. 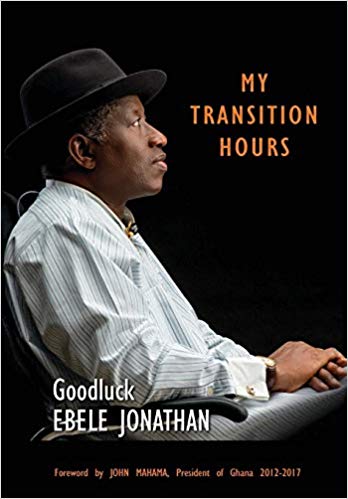 Following the controversy generated by some of the claims of ex President Goodluck Ebele Jonathan in his recently launched book, the US has finally reacted.

SaharaNews reports that the US government response came from the US consulate in Nigeria. Jonathan had in his recently published book titled, ‘My Transition Hours’ claimed that former United States President, Barack Obama, meddled in the 2015 Presidential elections in favour of President Muhammadu Buhari.

Jonathan said Obama’s support for Buhari was so glaring that he released a video shortly before the election, asking Nigerians to “open a new chapter”. He had also berated Obama for sending the then Secretary of State, John Kerry, to Nigeria on the eve of the election to protest against moves to postpone the election.

However, in a live chat on Facebook which was monitored by SaharaNews Reporter, the Public Affairs Officer at the US Consulate General Lagos, Mr. Russell Brooks, described Jonathan’s claims has a “mischaracterisation”.

Brooks said, “It was mischaracterised in the book about what President Obama or his administration did in Nigeria. The mischaracterisation here refers to not comprehending why we felt it was important for Nigeria to have a peaceful, free and fair election in 2015.

“And thereby people may not understand why we placed so much importance of having a peaceful, free and fair and transparent election in 2019.
Do You Need HOT NEWS & EXCLUSIVE Stories??? Join ASOROCK LEAKS

“In the past, Nigeria’s elections had been beset by violence, there have been questions about the fairness of those elections. And we certainly believe that Nigeria can do better. In 2015, Nigeria did do better.

“There may have been some difficulties as they often times occur in elections whether here in Nigeria or in the United States. But Nigeria did do better and we believe Nigeria will continue to make progress.”

When asked if the US would be supporting any Presidential candidate ahead of the 2019 election, Brooks said the US would continue to remain neutral.

He said the only thing the US would be supporting is a credible and fair process.

He said the US would support the Independent National Electoral Commission, the media and Civil Society Organisations especially in the area of capacity building.

Brooks said, “We are helping Nigeria to make that progress through our support to INEC, to civil society here in Nigeria; through our assistance to the press and enabling them to also play a positive role in the coverage of the elections.

“All these show how important we believe it is for Nigeria to have an election process that can be credible and stand against any election anywhere in the world. We believe Nigeria can accomplish that .”