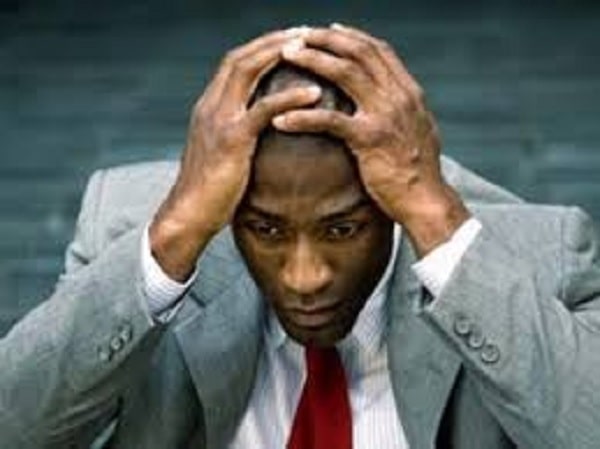 SAHARANEWS – One Felicia Adikwu, who holds a diploma in Public Administration from the state polytechnic, and married to Mr. Joseph Adikwu, a holder of HND in Accounting from the Federal Polytechnic, Nasarawa, has shocked everyone after getting pregnant for the lesson teacher hired by her husband to teach their children.

Sun News reports that trouble hit their nine-year-old marriage which is blessed with two kids, aged 7 and 5, in July 2019, after Joseph resumed duty in Gombe but left his family behind.

Before he left Lafia for his new posting, he and Felicia, his wife had employed the services of an extramural teacher, one Monday Ugo, to teach their kids extra lessons in their commitment, to give them the best of education. And things appeared to be going on smoothly, as planned until Joseph left for Gombe.

Somewhere along the line, Monday allegedly changed the period of the lesson from 5:30 pm to 4 pm. This became imperative because the children, it was said, usually had one-hour church activities from 4 pm to 5 pm. While they are away, Monday and Felicia would allegedly use the period to engage in sex romps.

The first sexual encounter they had was said to be so mind-blowing that it left the woman panting for more. But right now, she is said to be four-months pregnant for Monday. And, her husband who has learnt about it, in fact, who literally forced the information out of her through the threat of divorce, is seriously angry over the ugly development. Narrating his ordeal, recently, to a close friend who happened to be a police officer, Joseph, who is in Lafia on annual leave, explained how shocked he was to meet his wife in such condition.

ALSO READ:  Nigerians Mock DSS For Not Arresting APC Spokesman Over Claim Of Governor Behind Banditry

Expressing his disappointment over the ugly development, Joseph said: “I came back on leave only to find my wife pregnant for my children’s lesson teacher. This has torn my world apart, completely. Words cannot describe my agony, my own wife confessing before me that she is four-month pregnant for a jobless lesson teacher?” he lamented with a tinge of bitterness in his voice.

Then he adds: “It is the cruelest betrayal in my entire life. My wife is a big disappointment and I don’t think I will forgive her. I felt utterly duped and cheated when she opened her mouth and told me that my absence made her seek sexual satisfaction and it resulted in this. It is an embarrassment to me and to think that this happened just after few months of my absence! You mean, my wife could not endure and decided to find another man just for sexual satisfaction? I hate myself.”

Felicia on the other hand had this to say “My husband was in the habit of coming up with excuses on why he could not have sex with me before he left for Gombe. He and I had not had intercourse for quite some time before he was transferred. Anytime I confronted him on this, he would tell me that he was too busy in the office or tired from work to have sex. Anytime we discussed our sex life, he would find an excuse to give on why it cannot be then but next weekend or after he was through with a particular project he was handling. But those deadlines would come and go without him fulfilling his promise or commenting on why he did not. Things continued this way until he left for Gombe.

“Before he left, I stopped trying to initiate sex with him because the constant rejection was also affecting my psyche or self-image. Other than sex, my husband and I are on the same page on almost every aspect of our lives, and we truly enjoy each other’s company. I love him so much. He is my best friend as well as my lover. I made a mistake. I feel so guilty. I’m deeply sorry for all that happened. I did not mean to do this and I am ready to abort it. I was even planning to do so before his coming but a close friend advised me to convince him that he is responsible. It was while I was trying to give the idea a thought that I delayed the abortion. Then my husband came back to discover it.”

On how she became entangled in the love tango with their children’s “lesson teacher,” she said: “I saw myself falling in love with him out of my desire for sex. I needed to admit this because by so doing, who knows, the Lord can touch my husband’s heart to forgive me.

It was actually the devil’s work and I completely accept my fault but my husband shouldn’t have gone public with the matter. I’m ashamed of myself. The incident came to light after the pregnancy started coming out and my husband raised a lot of questions as to who is responsible as both of us had not had sex for some time now. I didn’t know how it happened.

All I can say is that the young guy who is my children’s lesson teacher suddenly found his way into my room at the wee hours and I was speechless. I can’t believe I have done this to my husband. This is one thing I said I would never do. I never thought I would cheat. I love my husband so much and I don’t know what to do. Please, help me plead with him to forgive me.”

The Lesson teacher, Monday, a graduate of Physics from Nasarawa State University, Keffi, who is now on the run for fear of his dear life, debunked the claim by Felicia about suddenly finding him in their bedroom and not knowing what to do except to agree to sleep with him.

He told Saturday Sun correspondent, on the phone that he noticed a look of admiration in Felicia’s eyes that showed that she was interested in having sex with him. And, this is what he exploited when the opportunity came calling.

His words: “I noticed that she started admiring me the moment I began to teach her children. I noticed her interest in me when she started calling me regularly on the phone to ask me not to eat before coming to her house for the lesson teaching as she had prepared food for me. She actually lured me into having sex with her after convincing me that her husband had stopped sleeping with her for quite some time before leaving for Gombe.

She assured me that nobody would know about it. It is unfortunate that she became pregnant. But when she told me about it, we all agreed that she should abort it but her close friend who connected me to teach her children kept advising her to convince her husband into accepting responsibility for the pregnancy. I know that I have wronged the man. I don’t know how to face him. He has been paying my allowance for teaching his children without delay. I betrayed his trust and, I pray that God will forgive me.”