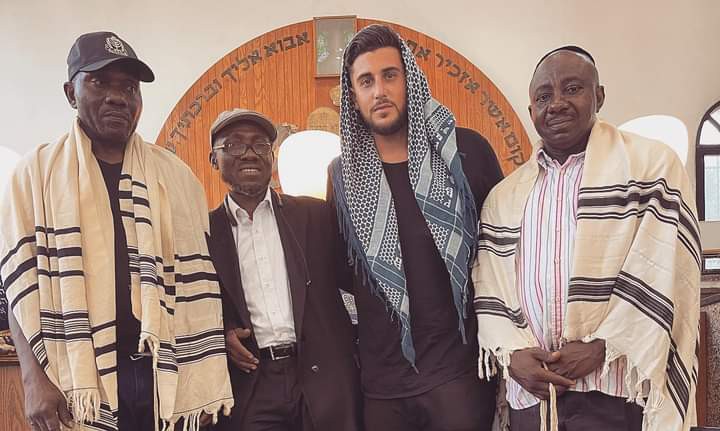 After being illegally detained by Nigerian authorities for 20 days and released following pressure on the government, the three Israeli filmmakers – Rudy Rochman, Andrew (Noam) Leibman and Edouard David Benaym returned to their country, has met Igbos in Israel to continue the documentary on black Igbo Jews.

Rudy Rochman, who revealed this on Wednesday, said the Nigerian government believed it could stop them from telling the story, but failed.

ALSO READ:  Why APC will win the 2023 presidential election — Uzodinma

In a brief statement and a photo of himself with Igbo men, he posted on his Facebook page, Rochman said: “Meeting the Igbo Jews who are Home in Israel. There were forces that thought they could stop the Igbo story from being told. They have no idea what Am Israel is capable of when truly united.”

Rochman and two other Israelis were arrested in which they and eyewitness described as “kidnap” and detained by the Nigeria’s secret police while filming the  documentary ‘We Were Never Lost’, which aimed to explore the African Jewish experience.

After leaving Nigeria, the team said they would continue to work to tell the stories of the oppressed Igbo tribe considered Jewish in Nigeria. SOURCE

28 dead, others hospitalised in Plateau over outbreak of infection