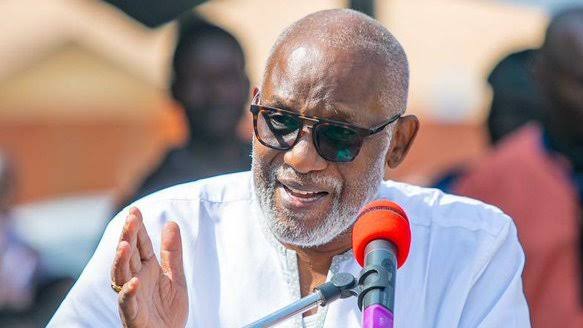 The governor stated this on Friday during an interview on Channels Television’s Politics Today.

“Ondo State has not received any money. But if money is being given out to trace grazing routes, you can be sure that Ondo State will not receive that,” he said.

“There is no grazing route anywhere; we are not going to allow that to happen. We have seen modern animal husbandry. That is what should be our concern now. We are not to allow routes; routes to where?”

Grazing In The Open?

Ondo, the Sunshine State, is one of the states that have signed the anti-grazing bill into law.

On August 31, Governor Akeredolu assented to the bill after it was earlier passed by the Ondo State House of Assembly.

He explained that the development is in line with the resolution of the Southern Governors’ Forum at its meeting in Lagos where September 1 was set as the deadline for members to enact the anti-open grazing law.

Despite criticisms from several quarters, Akeredolu, who is also the Chairman of the forum, maintains there is no going back on the law.

He explained his state is encouraging ranching to cater for livestock, rather than open grazing.

“We are saying you will not graze in the open. We have passed the law. So, there is no route we are going to allow anybody to trace in Ondo State.

“What we have said is very clear. But if there is money for us to have ranches, we are encouraging ranching. There is nothing wrong with it. I have always argued this point,” Akeredolu insisted.