JUST IN: Restructuring Is The Only Way Forward For Nigeria… 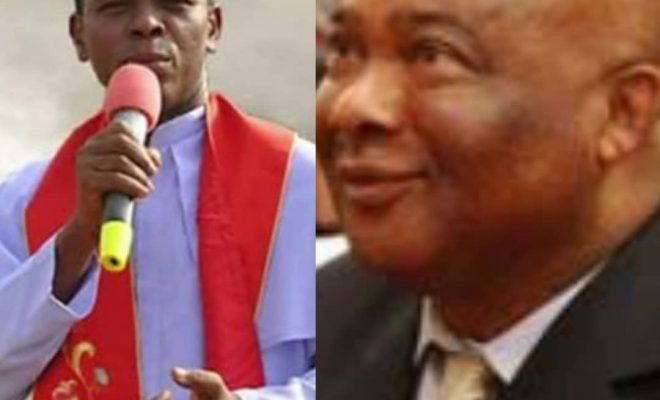 SAHARANEWS – I was in Enugu yesterday, but I received the shock of my life. I visited a place I went to relax, and people started talking about Uzodimma ‘s victory.

Being the state where Mbaka lives, and conducts his religious activities, I expected people to sing his praise, hail him for his prophecy on Uzodimma’s victory, but on the contrary, people were making mockery of him.

They now see him as a fraud and a charlatan. They said Apc already told him that they planned to remove Ihedioha and asked him to say it so that it will look like God is in support of it. So that it will give the supreme Court judgement some credibility, and help douse tension.

They are no longer seeing him as a true man of God. They now see him as evil.

This is quite unfortunate, cuz I know mbaka never saw this coming…he deluded himself thinking people will be fooled by his prophecy this time around, but the whole thing is now back firing on him.

All I can say is you can fool the people some of the times, but you can not fool all the people, all the time. .. Mbaka why

AMOTEKUN: To Hell With Your Presidency – Afenifere Blasts Miyetti Allah