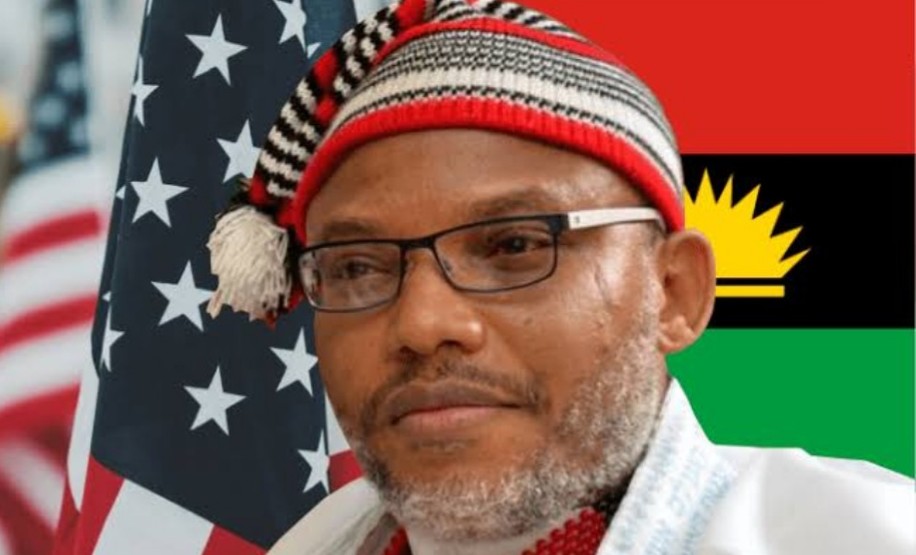 SAHARANEWS – Nnamdi Kanu, leader of the proscribed Indigenous People of Biafra, on Thursday, told the Federal High Court, Abuja, that he was ready to face trial if his safety would be guaranteed by the court.

Ejiofor told the court that the application to restore the IPOB leader’s bail so that he could face his trial was filed on April 1.

“We have an application for bail filed on April 1, 2019, the application was served on the prosecution and it is ripe for hearing.

“We urge the court to restore his bail on the grounds that the court will guarantee his safety when he comes back to the country to continue his trial,” he said.

On his part, counsel for the Federal Government, Labaran Shuaibu, who told the court that he was just seeing the process, opposed to the application.

Shuaibu urged the court to adjourn the matter to enable them file the necessary processes.

Delivering the ruling, Justice Nyako, who adjourned the matter till Jan. 16, said the only way he could guarantee Kanu’s safety was to keep him in the prison.

She said even judges no longer safe in the country.

“Even judges are being abducted in the country. So prison is the only safest place for him,” she said.

The News Agency of Nigeria reports that Justice Nyako had ordered the re-arrest of the self-proclaimed leader of IPOB, Kanu.

The judge gave the order in a ruling after revoking the bail granted to Kanu.

She explained that the court gave the order because Kanu had failed to appear in court after his bail was granted in April 2017.

The judge also ordered that trial would continue in the absence of the IPOB leader and directed that a bench warrant be issued for his arrest.

NAN reports that Justice Nyako had granted Kanu bail on health grounds on April 25, 2017, and asked him to present three sureties, one of whom must be a serving senator, a Jewish religious leader and a highly respected person who must own a landed property in Abuja.

The judge warned the IPOB leader against granting press interviews, holding rallies or being in a gathering of more than 10 persons while on bail.

She had also warned him that the bail would be revoked if he flouted any of the conditions.

I am Not The Biological Father Of The Baby! – Popular Nollywood Actor, Chinedu Ikedieze Cries Out