NNPC PROBE: Reps will issue an arrest warrant for the… 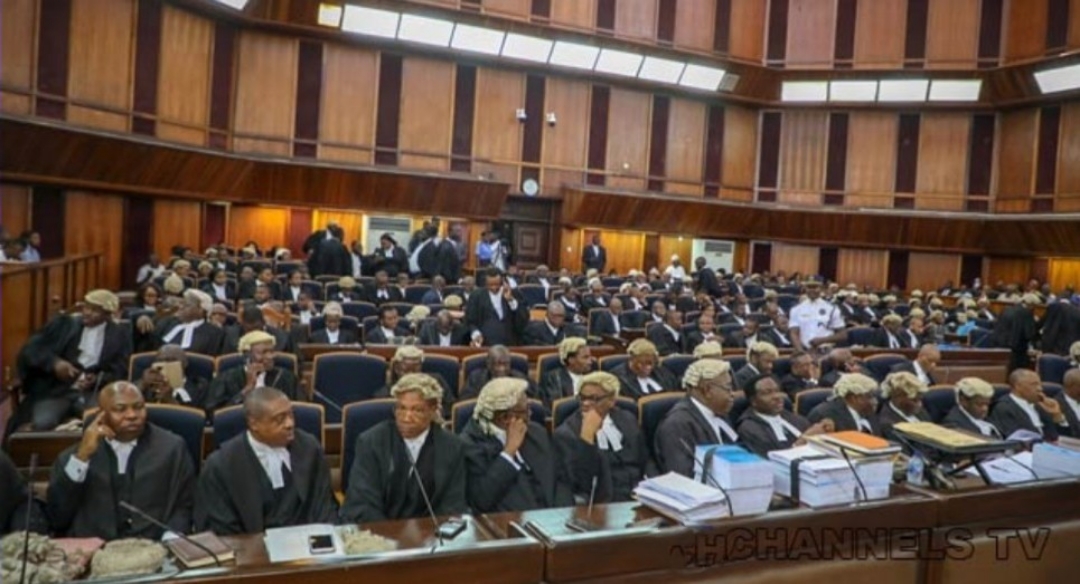 The Peoples Democratic Party (PDP) has asked the justices of the Supreme Court to release their reasons for the judgement on the presidential election petition filed by the party and its presidential candidate, Atiku Abubakar.

SAHARANEWS – The party made the request in a statement on Wednesday in a state by its National Publicity Secretary, Mr Kola Ologbondiyan.

This followed the verdict of the apex court which dismissed the appeal filed by the former vice president, to challenge the victory of President Muhammadu Buhari in the February 23 poll, for lacking in merit.

Speaking on behalf of the seven-man panel of justices that sat, the Chief Justice of Nigeria, Justice Tanko Muhammad, stated that members had read all the documents and exhibits filed in the case for about a fortnight, within which the panel discovered that the appeal was lacking in merit.

The CJN added that the reason for the apex court’s decision would be made known on a later date which would be communicated to all concerned.

In its reaction, the PDP said it was shocked at the judgment, stressing that it was far from what Nigerians and supporters of the All Progressives Congress (APC) expected.

“What we witnessed today (Wednesday) was not what majority of Nigerians, who participated and observed the presidential election expected; and this includes even members of the APC.

“The PDP notes that it indeed made a solid case, with indisputable evidence, showing that Atiku Abubakar won the presidential election and as such is surprised that the justices of the Supreme Court held otherwise; however, that is the highest court of the land,” the statement said.

ALSO READ:  BREAKING: Russia shuts down the Zaporizhia nuclear power station over incessant attacks from Ukrainians whom the Russians suspect are intent on starting a nuclear war

The opposition party, however, stated that the distinction of its case would remain for Nigerians to appreciate, even the generations yet unborn.

It also thanked the millions of Nigerians who voted for its candidate in the election and for their support for the party during the poll and throughout the duration of court proceedings.