Women protest against attacks, rape by Fulani herdsmen in Delta 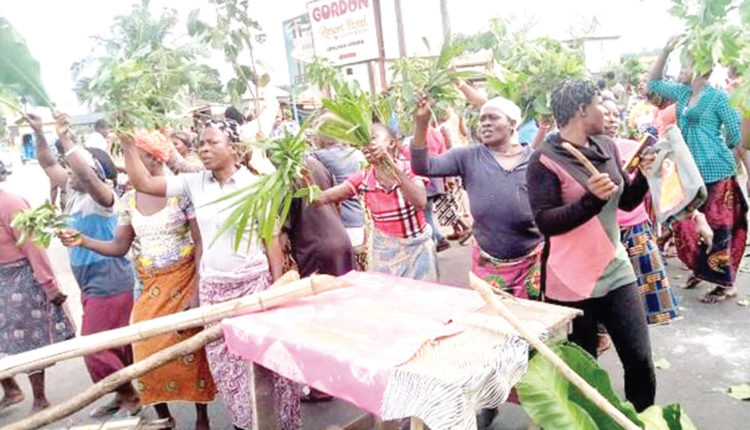 Women of Okpara-Inland community in Ethiope East Local Government Area of Delta State have sent a ‘Save Our Souls’ message to the Delta State and the Federal governments to urgently come to their rescue from the continued attack, and rape by suspected Fulani herds­men in their community.

The women, mostly aged crumbled commercial ac­tivities at Isiokolo the head­quarters of Ethiope East in a peaceful protest over the unabated Fulani herdsmen attack. The women singing sorrowful songs said they could no longer access their farmland.

According to the women, “We have suffered humil­iation from these Fulani herdsmen in our communi­ty, being harassed sexually and forced to drink herbi­cides chemicals we used in clearing our farmlands and have complained severally to our leaders in Okpara but no response because they have taken money from these herdsmen.”

One of the victims of the herdsmen attack, Mama Roseline Idolor said “I met Fulani herdsmen and their cows destroying my farm produce at Adarode bush and was pleading with them not to destroy the crops but their response was that the land belongs to them because they have paid for it.”

Govt drag preacher to court for ‘blasphemy’ against Prophet Muhammad