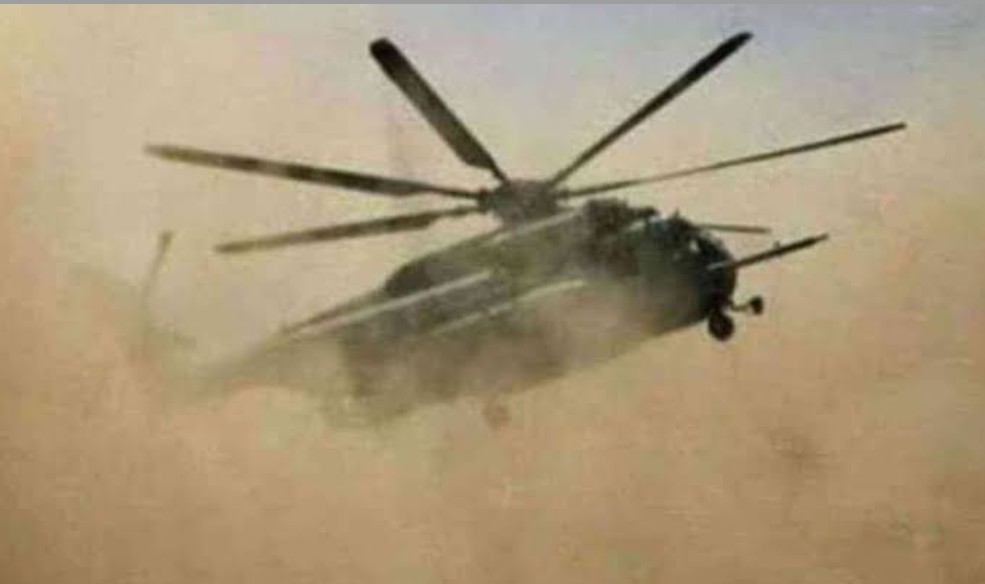 SAHARANEWS – Suspected bandits and kidnapers have shot down a helicopter belonging to the Nigerian Police Force, just as the force neutralised over 250 terrorists during an operation in Kuduru Forest of Birnin Gwari local government area of Kaduna State.

In a statement on Wednesday, the Force Public Relations Officer, Frank Mba said the terrorist attacked the police using sophisticated anti-aircraft rifles and General-Purpose Machine Gun, GPMG, during an operation on Wednesday.

The statement read in part: “Unfortunately, during the operation, a Police Bell helicopter, which provided aerial and intelligence cover for the ground troops came under attack from the bandits using sophisticated anti-aircraft rifles and GPMG.

“Commendably, the pilot and the co-pilot who demonstrated uncommon courage and expertise, successfully landed the aircraft at the Air Force Base, Kaduna without further incident.

“They were thereafter evacuated for medical treatment. Both officers who sustained non-life threatening injuries are currently receiving treatment and are in stable condition.

“The Police helicopter has since been flown out of the Kaduna Air Force Base by Police Pilots en-route to Abuja.”

According to him, the operation commenced in the early hours of today (Wednesday).

“The operation which commenced in the early hours of today, 5th February, 2020, was carried out by a combined team of operatives of Operation Puff Adder made up of the Police Mobile Force (PMF), Counter Terrorism Unit (CTU), Special Forces, Intelligence Response Team (IRT), Special Tactical Squad (STS) and Special Anti-Robbery Squad (SARS).

“The operation was necessitated by actionable intelligence linking terror and criminal elements in the super camp to series of terror-related violence, kidnappings, gun-running, cattle rustling and other heinous crimes across the country,” the statement added