IRAN vs US: “Reconsider Traveling to Nigeria,” – Trump Warns…

I Remain Positive To Lead WTO Despite United States…

BREAKING: “Fulanis Are Not Nigerians And So Do Not Have Right To Any Land In Nigeria” – Obasanjo Talks Tough On RUGA 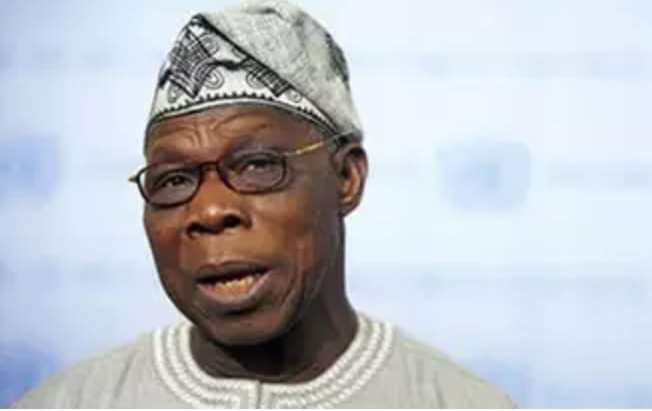 SAHARANEWS – “Our people say that you don’t strip a woman unclad just to start looking. Nigeria has been stripped unclad and with the RUGA monstrosity on the works, the next thing is to start the deployment of troops to protect RUGA in their various locations of development.

It was bound to happen that the Fulani who have been taking so much out of Nigeria and have succeeded in binding Nigeria hand and foot politically and economically, will take the wrong step into the abyss one day.

The logical culmination of all the rapaciousness would be the last ditch attempt at the ultimate land grab, to seize the lands belonging to indigenous communities and hand it over to Fulani.

Internecine war in different RUGA locations and different fronts is therefore inevitable. Communities will rage to keep their land or lose it to their eternal shame and regret.

Communities, particularly in Igboland will rather choose to be annihilated than lose their land to a hostile and predatory People.

Fulani have no land in Nigeria because they are not indigenous to Nigeria. They are migrants into Nigeria. The decision by the Fulani to seize land by force in Nigeria can only lead to war in the many places where this seizure will happen. The people must resist as of necessity. They have done so in the Central Africa Republic and reduced the country to rubble and they will do it again in Nigeria.

ALSO READ:  ANALYSIS:APC should not be campaigning anymore. They should be apologizing to Nigerians.

Buhari will be compelled to deploy police and soldiers to defend the settlements and war will be declared everywhere there is a RUGA settlement in Nigeria. Fulani have no land to hold dear and protect in Nigeria. In fact, Fulani have no stake or investment in the project called Nigeria and will not care if Nigeria burns, in fact Fulani will be very willing to let Nigeria burn if the people are not willing to submit to their overlordship.

So they are minded to adopt a scorched earth policy to obliterate Nigeria. They have nothing to lose. They did it in CAR and they will do same in Nigeria. It will be the responsibility of the indigenous people of Nigeria to find common grounds to protect the land of their ancestral inheritance and prevent the Fulani from putting a knife on their unity and their need to bind themselves together in one nation, but they cannot do this without first containing the Fulani. Fulani will try to divide them.

Buhari and the Fulani oligarchs are counting strongly on deploying the armed forces to quell insurrections that will arise from this massive land grab, but that will be the Achilles heel of their grand plan. Once soldiers are armed to put down these insurrections, they will turn against their commanders to defend their communities. Nigerians should therefore await the great unravelling of their armed forces.

Do the Fulani have the firepower, the men and the capacity to fight? In the entire history of the Nigerian armed forces, the Hausa/Fulani officers and enlisted men have always been promoted far beyond their qualifications and competencies. The capacity to fight and man the different departments of modern warfare will be put to overwhelming test in any ensuing encounter.

The Fulani never fight an enemy in a frontal war. They attack isolated and undefended villages. In any direct confrontation, they run away. It was evident even in the battle of Bangui. Well armed Fulani soldiers could not take on street gangs with flint guns and machetes. It has also shown in the war against Boko Haram. The poor performance of commanders of their ethnic stock is a bad joke among soldiers in the front.

Hausa/Fulani soldier had to be sorted out and protected from slaughter by Boko Haram forces. This is not to talk of unending betrayals of their Christian colleagues and commanders in the battlefront.

Buhari, a Fulani irredentist, will use to his advantage and for the benifits of his agenda to divide, the ethnic and religious cleavages among the people of Nigeria. But the people aught to know that the Fulani are friends to no one and that a Fulani friend today can become an adversary tomorrow.

You are only friend to Fulani for as long as you continue to serve a purpose in their overall plan.
Let the talk cease and the battle begin.