BREAKING: The Outgoing IGP in a Secret Meeting with Buhari 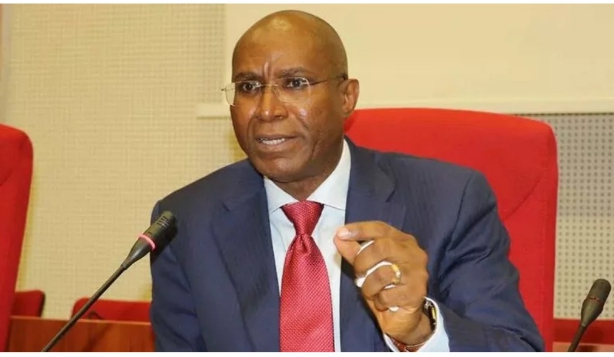 SAHARANEWS – Senator Ovie Omo-Agege (Delta Central – APC) has been elected the Deputy Senate President of the 9th Senate that was inaugurated on Tuesday, June 11, 2019.

Omo-Agege beat Senator Ike Ekweremadu (Enugu West – PDP) in a closed ballot election that was conducted before the swearing in of 107 senators-elect in the upper legislative chamber.

The motion to nominate Ekweremadu, who was the deputy senate president between 2015 and 2019, was moved by Chukuwka Utazi (Enugu North – PDP) and seconded by Rose Okoh (Cross River – PDP).

After all 107 senators present voted, Omo-Agege won 68 votes while Ndume finished with 37 votes. He was promptly sworn in by the Clerk of the National Assembly, Mohammed Sani-Omolori.

Omo-Agege, a law graduate, was first elected into the Senate in 2015 and was controversially alleged to have led thugs into the upper legislative chamber last year to steal the mace after he was suspended.

The 55-year-old has previously served as the Secretary to State Government (SSG) of Delta State, as well as a commissioner before that.