Nnamdi Kanu Speaks On Success Of The Meeting With MEPs,…

Buhari Should Wake up, Fight Banditry In His… 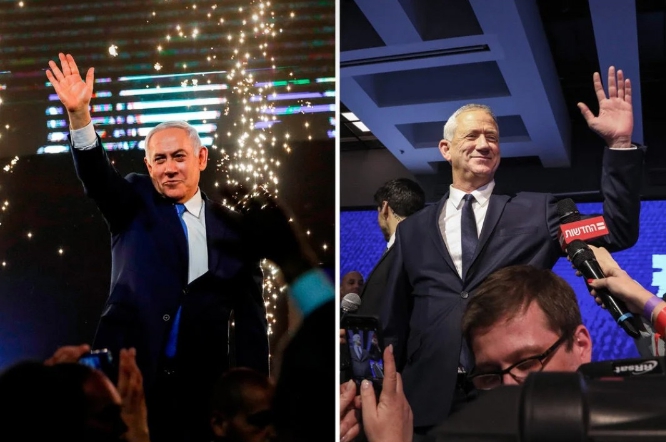 SAHARANEWS – The Latest on the outcome of Israeli elections (all times local):

An aide to Palestinian President Mahmoud Abbas says the outcome of Israel’s election raises Palestinian fears about an Israeli annexation of parts of the occupied West Bank.

Close-to-complete unofficial results indicated on Wednesday that Prime Minister Benjamin Netanyahu is headed to a fifth term, with the expected support of nationalist and ultra-Orthodox Jewish parties.

In the final stretch of the campaign, Netanyahu pledged he would annex Israeli settlements in the occupied West Bank, a move that would destroy remaining hopes for Palestinian statehood.

Abbas aide Ahmed Majdalani says that Palestinians will seek the help of the international community to try to block any annexation plans. He said that the outcome of the election means a boost for what he called the “extreme right-wing camp” in Israeli politics.

Benjamin Netanyahu appears headed toward a historic fifth term as Israel’s prime minister, with close-to-complete unofficial election results giving his right-wing Likud and other nationalist and religious parties a solid majority in parliament.

The outcome affirmed Israel’s continued tilt to the right and further dimmed hopes of a negotiated solution to the Israeli-Palestinian conflict.

Re-election will give Netanyahu an important boost as he braces for the likelihood of criminal charges in a series of corruption scandals.

With 97.4% of the vote counted Wednesday, Likud and its natural political allies commanded a 65-55 majority in parliament. However, the country now faces what could be weeks of political negotiations over the composition of a ruling coalition.

BREAKING: For The First Time, Buhari Cut Short Trip Over Killings In Nigeria – See Why