Nigeria: Why I want to run for president in 2023 — Yarima

BREAKING: The United States Has A Secret Agenda, To Disintegrate Nigeria – Lai Mohammed Cries Out 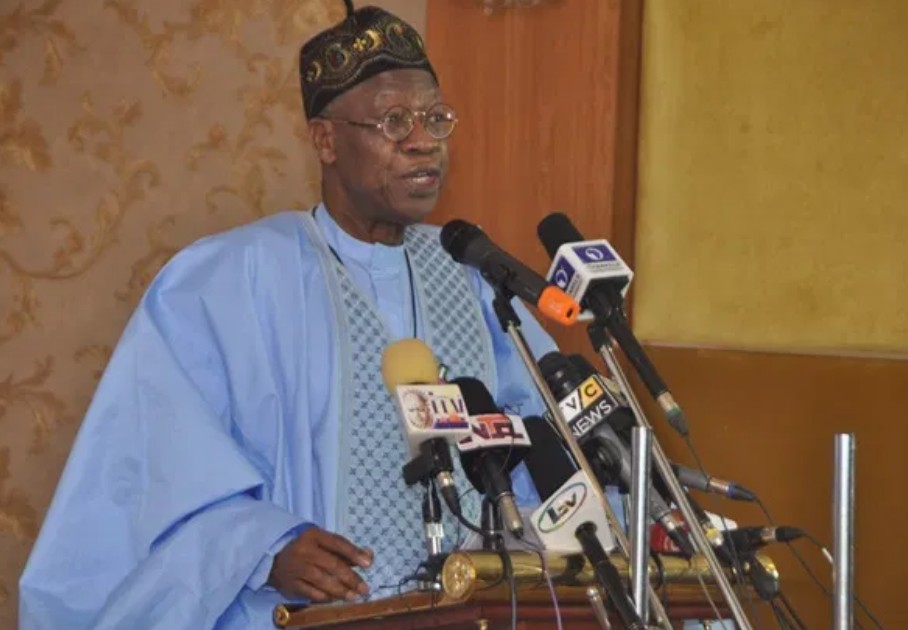 SAHARANEWS – The Federal Government has accused the United States (U.S.) of attempting to sow seed of religious mistrust among the various religious groups in Nigeria with its recent report.

In a statement issued in Abuja on Sunday, the Minister of Information and Culture, Alhaji Lai Mohammed, said the Federal Government rejected the U.S. designation of Nigeria as “a country that engages in or tolerates severe violations of religious freedom”.

Mohammed said that the iniquitous tag stemmed from an orchestrated narrative that had long been discredited.

He stressed that the people of Nigeria enjoyed unfettered freedom to practise their religion.

The minister blamed failed politicians and disgruntled elements – some of them supposedly respected leaders, for latching on to religion as their trump card, especially in the run-up to the last general elections.

ALSO READ:  Nigerian terrorists soldier has shut an innocent biafran boy and said it is a mistake(video)

He said it was unfortunate that the U.S. fell for the antics of “the discontented and the unpatriotic few, who will not hesitate to hang Nigeria out to dry on the altar of their inordinate ambition and their sheer animosity towards the Buhari-led administration”.

He said the Nigerian government was aware of how the political opposition in particular, had spared no resources in deriving political capital from the various security challenges in the country.

“The deliberate effort to give religious colouration to the farmers-herders clashes and the Boko Haram insurgency, in particular, has undoubtedly helped to mislead the U.S. into concluding that the government is doing little or nothing to guarantee religious freedom in the country.

“The religious tag given to the clashes has no basis in fact, but it is very convenient for those who will very easily give the dog a bad name just to hang it.

“On its part, the Boko Haram terrorists are extreme fanatics who do not subscribe to the tenets of any religion, in spite of their pretence to Islamic adherence,” he said.

The minister said the good news was that the government had succeeded in curbing the farmers-herders clashes through the implementation of proactive and multi-dimensional strategy, yielding remarkable results.

He added the government had largely defeated the Boko Haram insurgency.

“On the El-Zakzaky issue, which was referred to in the report by the U.S. government, it is purely a criminal matter, which is being handled by a court of competent jurisdiction,” he said.

The Minister stressed that while the government welcomed constructive criticism from any quarter, it rejected any attempt to sow seed of mistrust among the various religious groups in the country.