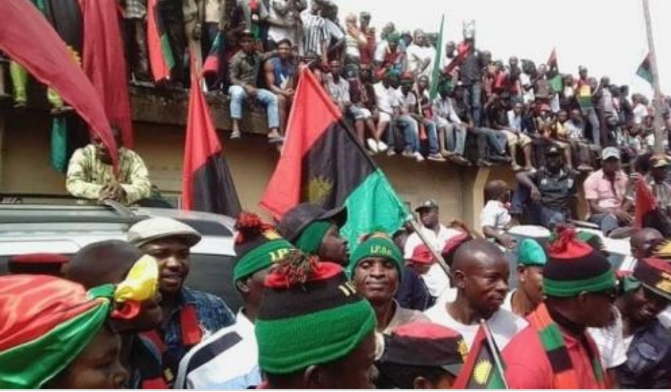 SAHARANEWS – The Indigenous People of Biafra has ordered its members in 100 countries across the world to attack the governors of Ebonyi, Enugu, Abia and  Anambra states if they are seen in any of the countries.

The group also put on notice Ndigbo leaders such as the President-General of the Ohanaeze Ndigbo, Chief Nnia Nwodo, who it accused of supporting the Operation Python Dance in the South-East.

Operation Python Dance was launched by the Nigerian Army in the South-East in 2016 in the wake of protests by IPOB members who were demanding secession from the country.

The group had cited historical events such as the victory of President Donald Trump in the 2016 United States elections and Brexit as proof of international support for self-determination.

During the Operation Python Dance, the army raided Umuahia, Abia State, the home town of the leader of the secessionist group, Nnamdi Kanu, whose whereabouts have been unknown since then.

Ultimately, the Federal Government designated IPOB as a terrorist organisation on September 18, 2017, under the Terrorism (Prevention) Act 2013.

Speaking to one of our correspondents on Saturday, IPOB spokesperson, Mr Emma Powerful, noted that South-East governors and some Ndigbo leaders had been marked as enemies to be attacked if they were seen in any of the 100 countries their members were residing.

He said the directive was given by Kanu and that in obedience to the IPOB leader’s order, its members were the ones who attacked a former Deputy Senate President, Dr Ike Ekweremadu, in Nuremberg, Germany on Saturday.

Powerful said the lawmaker was “disgraced by the IPOB Nuremberg Family as an Operation Python Dance instigator.”

The IPOB spokesman described Ekweremadu as a “traitor,” accusing him of being among those that got the pro-Biafra group proscribed, alongside the South-East governors.

Powerful vowed that IPOB would take similar action against the South-East governors and Ndigbo leaders, if they dared to attend any public event abroad.

He said, “Today (Saturday), the Nuremberg IPOB family in Germany, in keeping with the long-standing directive from our leader to hound all instigators of the Operation Python Dance, is glad to report that Ike Ekweremadu was confronted and duly hounded out of a so-called New Yam Festival event in Germany.

ALSO READ:  Ondo Deputy Governor Accuses Akeredolu Of Plotting To Remove Him Before End Of Tenure

“Despite repeated warnings to the organisers of this jamboree that Enugu, Ebonyi and other parts of ‘Biafraland’ is under siege by the Fulani caliphate and their collaborators within, they went ahead to invite a known traitor, co-conspirator and one of those who worked with Igbo governors to proscribe and tag IPOB a terror organisation while they never raised any voice against the murderous Fulani herdsmen.

“This should serve as a warning to Nnia Nwodo, Dave Umahi, Okezie Ikpeazu, Willie Obiano and others that any day we find them in a public event abroad, they will be humiliated. IPOB is strategically located in over 100 countries around the world. Anywhere we find them, they will be dealt with.”

Obaseki Leads Wike & PDP Governors On A Thank You Visit...

BIAFRA: Ohanaeze Ndigbo, S-East Leaders Are Taking Their Own People For... 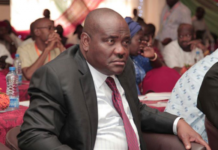 Governor Wike Will Account For Loss Of Lives In Obigbo, Ohanaeze... 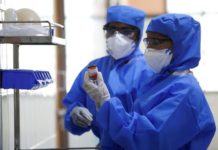 BREAKING: Speaker Of House Of Assembly Tests Positive For Coronavirus 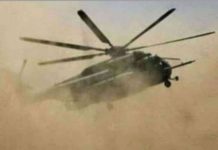 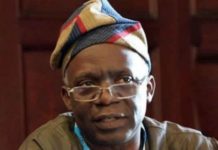 “We Defeated IBB And Abacha, We Won’t Allow Another Dictator” —...

JUST IN: RAC Centre Abam…. PDP has been denied access to...