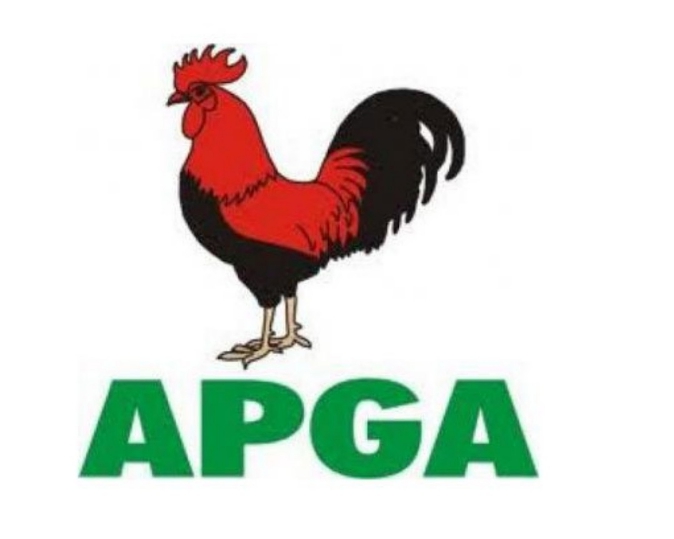 SAHARANEWS – The All Progressives Grand Alliance (APGA) says denying the South-East region right to produce the Deputy Senate President of the incoming ninth National Assembly, is an outright violation of the Nigerian Constitution anchored on equity and justice.

The party, therefore, insisted that the leadership of the ruling All Progressives Congress (APC) must zone the Senate number two position to the South-East geopolitical zone.

Uchenna Okogubo, Deputy National Chairman of APGA, made the assertions while speaking with journalists on Wednesday.

He berated the Adams Oshiomhole-led APC for embarking on a mission to forcefully impose a Senate President on the members of the national Assembly.

He also condemned the APC zoning formula, which according to him, does not augur well for the nation’s democracy.

Okogubo maintained that the decision of the ruling party on the leadership tussle in the National Assembly was an outright violation of the principles of federal character anchored on equity and justice.

“The system the APC-led government is adopting in trying to choose the leadership of the National Assembly both in the 8th Assembly to the incoming 9th assembly, I viewed it as undemocratic. The APC in their choice of leadership always would want to impose, they would want to look at who does what, Who is who in the party. Not actually considering the intellectual ability and what a particular senator in the house can offer to Nigeria.

“I think, that is one problem the APC is having. They don’t consider intellectual ability, they consider who you are or who is bring you. And that is not good for Nigerians,” he said.

Okogubo reiterated his support for Dr Orji Uzor Kalu, Senator-elect of Abia North district, while calling on the APC to zone the Deputy Senate President position to the South-East.

“I listened to Orji Uzor Kalu’s comment, that is how it should be. They are indirectly trying to show because, you are not part of APC or you are not part of the formation of APC. Because of that, we give whatever we like. That is very undemocratic, and that will not help us in Nigeria.

“There is no pure Nigeria interest in what they are doing. The APC chairman is wielding a lot of influence, even when he should be able to discuss issues and come up with a consensus. He sound so authoritative, as if the party is a labour movement. He should know that he is the chairman of a ruling party. That ruling party (APC) is ruling Nigeria. It is not ruling Oshiomhole, Tinubu, is ruling entire country.

“I totally in support zoning Deputy Senate President to South East. Because, we don’t have so many Igbo in the national assembly. I encourage and hope they will do that,” Okogubo added.