The Activities Of Fulani Herdsmen, Attitudes Of FG Has Made… 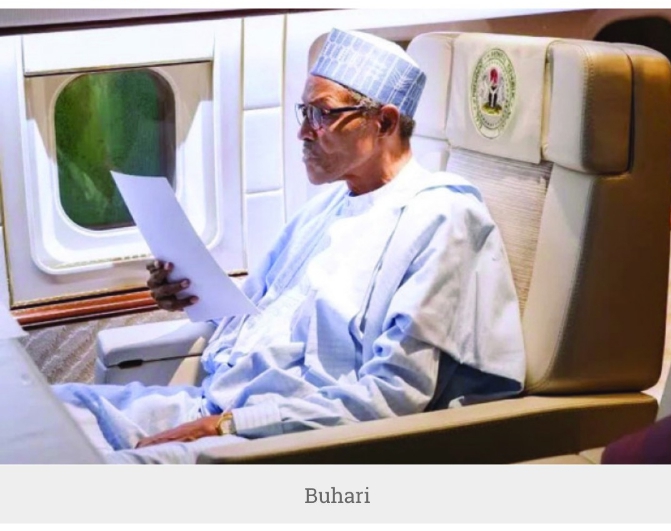 As further learnt, the president is set to embark on total cleansing of the house with at least 80 percent of the current ministers and other federal appointees in his cabinet likely to go.

It was also gathered that so far, only three ministers; Rotimi Amaechi, Chris Ngige, and Babtunde Raji Fashola are the most likely to reemerge in the new cabinet post May 29 after the president is sworn in for a second term.

It is, however, unclear whether President Buhari will undertake the short working leave before or after May 29, but insiders inform the newspaper that the trip became necessary after worries became palpable in the presidency that decisions on the proposed federal appointments may upset powerful stakeholders in the ruling All Progressives Congress, APC, Buhari’s support base and other deeply entrenched interest groups who are believed to have begun lobbying the president on the choice of ministers and other federal appointments to be made. The president intends to work on the final reports and list of potential aides without pressures from any quarters, it was learnt.

The tension arising from intense lobbying and outbreak of political dogfight, according to close associates of the president could stymie plans by the president to clean house in his second tenure.

As part of his campaign promises before the last general election, President Buhari, apparently overwhelmed by clamors to effect changes in his cabinet, had promised just that. Backed by comprehensive audit of performance of his ministers and kitchen cabinet at his behest and undertaken by powerful friends of the president, ministers and federal appointees within his inner circle would either be given the boot or retained on the basis of given set criteria.

ALSO READ:  BREAKING:Facebook faces US lawsuits that could force sale of Instagram, WhatsApp.

The criteria according to insightful gist from sources are: the appointees’ demonstration of capacity in office; political baggage, especially if such a minister has cases of corruption; acceptability from his professional/political constituency and base; internal assessment by party leaders and the need to reflect gender balance and youth.

Exceptionally, few ministers and other appointees are believed to have made the cut, according to insights on the said audit. As a result, President Buhari, before the election, the newspaper was reliably told, set his mind on sacking 80 percent of the current members of his cabinet.

To that effect, the President had commissioned a national and international head hunt on suitable candidates that will at once meet the criteria needed for appointments and assuage both the public and global partners. “Some of us came on board the President’s campaign train after we were assured by the president on this planned turn around,” explained a youth leader and prince from the Niger Delta.

The source, who also headed one of the president’s election committees, told the newspaper that he is a part of a presidential team charged with vetting performance and impact of ministers from his geopolitical zone and make appropriate recommendations.