BREAKING:Reps To Increase Supreme Court Justices From 21 To…

JUST IN: Pope Francis arrives in UAE on historic TRIP,… 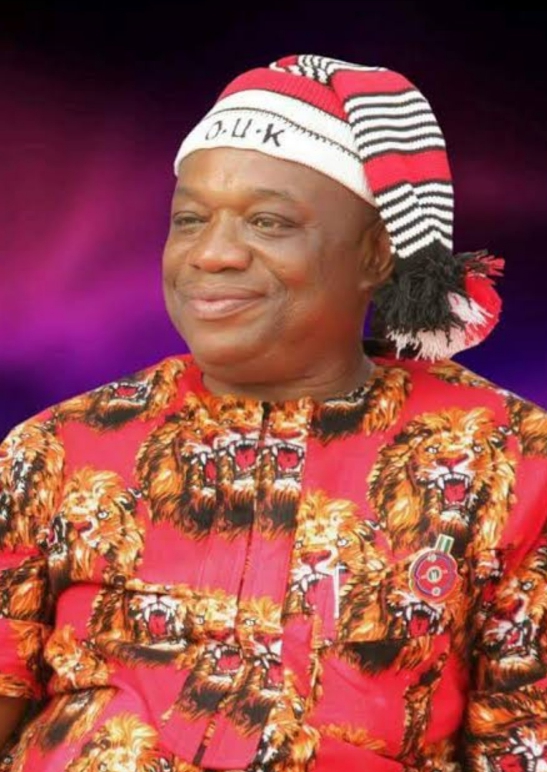 SAHARANEWS – A former governor of Abia State, Dr Orji Uzor Kalu, has advised political leaders in the country to put the issues of the 2019 elections behind them and focus on the real issue of governance. Kalu gave the advice on Thursday in Lagos while speaking at the 2nd Annual Lecture of Swaaya Limited, publishers of FreedomOnline.

The theme of the lecture was ”Fixing The Economy: Less Politics, More Substance”. The former governor pointed out that the purpose of elections was to elect leaders to make positive changes in the society and not to play politics for eternity. Kalu said now that elections were over, the people expected their leaders to face the real issues of governance to improve their lot.

He said it was surprising that some politicians were already talking about 2023, rather than commence earnest work to justify the mandate given to them in the last election. Kalu said though politics and governance were almost inseparable, the latter was more important than the former..

”I want to advise our political leaders that elections are gone, we should now think about governance. ”Nigerian politicians have forgotten about governance and are still talking about politics after the elections. ”Some people are already talking about 2023 even when they have not done anything about the mandate they got in the last election.

Kalu said that the coming of President Muhammadu Buhari was one good thing that had happened to the country, as he was committed to service to the people. He urged political leaders to emulate the president and dedicate themselves to the service of the people.

”We need to expand the economy for growth, and I have always argued that we need to remove every business from government for better economic performance. ”It is better for Aliko Dangote to own everything than government owning a business.

”It is not possible for government to do policy formulation and do policy implementation at the same time, so businesses are better left with the private sector,” he said.

Kalu said there was an urgent need for the country to practice true fiscal restructuring to address the myriads of challenges facing the country.

He commended Swaaya Limited for organising the lecture, saying the programme was a platform for discourse on issues of development.

The former governor particularly commended the publisher of Freedomonline, Mr Gabriel Akinadewo, for what he had achieved within a few years of starting the online news medium.

Kalu said Akinadewo, with the development focus of the medium, was no doubt a shining light in journalism.

Also speaking, a former governor of Ogun State, Otunba Gbenga Daniel, said there was the need for the country to adopt the idea of restructuring for progress.

He said the solution to some of the development challenges of the country lay in restructuring.

ALSO READ:  2023: No going back on Igbo Presidency — Ohanaeze

”The only way for the system to work is for us to restructure. With restructuring, most of our challenges would be gone,” he said.
Daniel said there was the need for Nigerians to strengthen democracy to enhance good governance.

The Aare Onakakanfo of Yoruba Land, Chief Gani Adams, in his brief speech, also said restructuring was necessary for the country’s development.

He, however, said he did not believe the idea should be politicised, but that it should be adopted by leaders across political lines.

NAN reports that the Special Adviser to the President on Media, Mr Femi Adesina, was one of the dignitaries that graced the lecture.

The lecture also attracted leaders in media organisations including the President of Guild of Editors, Mrs Funke Egbemode; Mr Gbenga Adefaye of the Vanguard Newspapers; as well as other Nigerians.

A Telecommunications company, Glo Nigeria, the Nigerian Maritime Administration and Safety Agency (NIMASA) and some other organisations were recognised for outstanding service by the online medium at the lecture