FG not approaching bandits like a child – Lai Mohammed

WHO, UNICEF begins dialogue with Taliban in Afghanistan 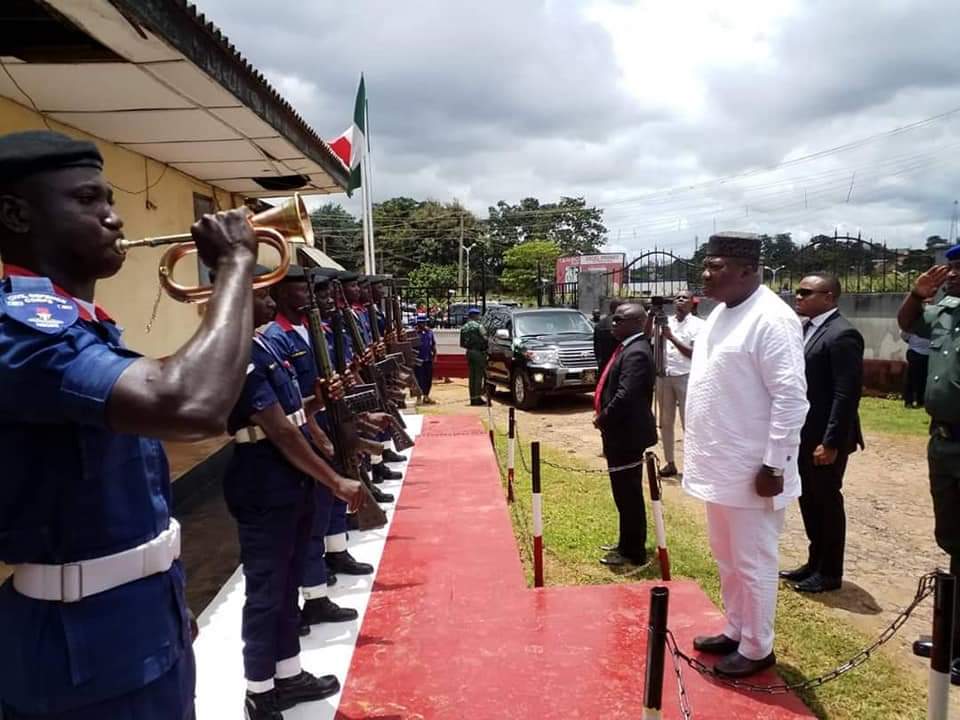 The NSCDC commended the Governor during the inauguration of the Special Squad known as Agro Rangers.

SaharaNews reports that the Enugu State Commandant, Everestus Obiyo, while speaking during the inauguration which was initiated by CG Abdulahi Gana Muhammadu, the Corps’ Commandant General, stated that Governor Ugwuanyi’s support and encouragement made the occasion possible.

According to Commandant Obiyo, the Agro Rangers Squad was part of Civil Defence response to bringing under control the unfortunate clashes, killings and wanton destruction of lives and property in our beloved country.

Obiyo also disclosed that the officers have been trained to intervene between the farmers/villagers and herdsmen as well as checkmate the activities and excesses of all the parties concerned to ensure peaceful co-existence for rapid growth and development.

The Commandant maintained that the scheme was designed to also give physical protection to Agro Allied Investments, which include farmlands, livestock, silos, ranches and everything that is related to the nation’s agricultural economy as well as protect the citizenry from kidnapping, robbery and other violent crimes.

The scheme, according to Commandant Obiyo, was equally initiated “to secure ranches, animals and grazing areas so as to encourage investments in agriculture and boost food security and security of lives and property of the people”.

He pointed out that “this will go a long way to help protect our local and foreign investments in agriculture, thereby giving us more for export earnings and boost local industries for growth as well as offer employment opportunities to our teeming youthful population”.

“Your Excellency, Sir, it is our utmost desire to provide effective and robust security coverage within Enugu State and its environs”, NSCDC boss assured.

Inaugurating the Squad, Gov. Ugwuanyi, who noted that the scheme “provides for the arrest and prosecution of arms bearing herdsmen or farmers and also the protection of the citizenry from kidnapping, robbery and other violent crimes”, described it as “a much welcome complement to the efforts and measures his administration has been taking to combat security challenges in the state, especially with regards “to protecting our farmlands in order to enhance agricultural output and ensure the safety of farmers and rural dwellers”.

Emphasizing on the above, Gov. Ugwuanyi said that his administration “recently recruited 1,700 able-bodied and experienced youths to serve as Forest Guards with the primary responsibility of policing all our forests and exposing criminal elements using them as their hideouts”.

ALSO READ:  EXPOSED: Nigerian Soldiers Yesterday Killed About 3 "Unknown Gunmen" In Anambra State Only To Discover That Those 3 Gunmen Heavily Armed With AK-47 Rifles And Charms Were Fulani

While maintaining that Enugu remains one of the most peaceful and secure states in the country notwithstanding some security challenges, the governor disclosed that the efforts of the state government have been considerably successful as the state has continued to record a drastic reduction in the number of clashes between farmers and herdsmen as well as other criminal activities.

He therefore applauded “the Federal Government through the NSCDC and the Federal Ministry of Agriculture for this unprecedented initiative”, saying: “As a government, we want to pledge our full support, cooperation and assistance to ensure the overall success of the Agro Allied Forces initiative in Enugu State”.

Hausa Fulanis Are Not Playing Fair, Rise Up And Defend Your Own Or…. – Fani-Kayode Urges Igbo Leaders