Nigeria Will Be Worse Than Mali, Others If Nothing Changes… 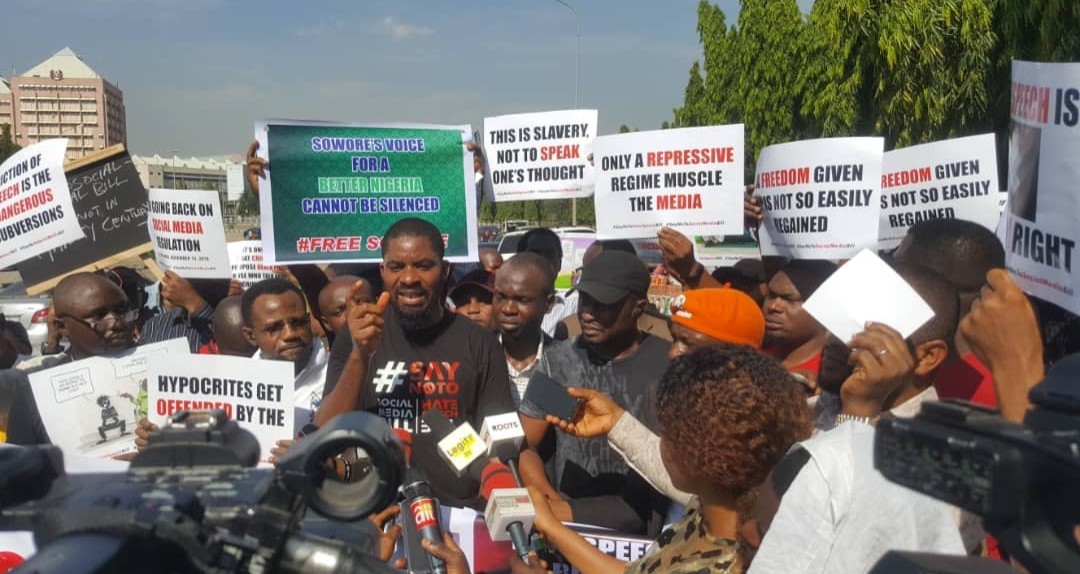 SAHARANEWS – The national leadership of the National Association of Nigerian Students (NANS) has cautioned the Federal Government over the proposed Social Media Bill and the Hate Speech Bill and called on Nigerians to raise their voices against the two bills.

At a press conference held at the Iweirohin House of the Nigeria Union of journalists in Abeokuta, the Ogun State capital, the National Public Relations Officer of the Association, Azeez Adeyemi, described the bills as anti-human which if allowed to stand could undermine the rights of Nigerians.

“Our attention has been drawn to an attempt by the federal government of Nigeria in connivance with a senator representing Niger-East, Senator Muhammad Sani Musa to silence the Nigeria populace especially the youth of which the students constitute it largest percentage through a social media bill.” he said.

“The bill had last week passed the second reading at the floor of the red chamber, which means it is on it way to becoming a law”.

“Part 3 (12) of the bill gives law enforcement agencies the power to shut down access to the internet and social media without recourse to the National Assembly or a court.”

“There is no doubt that the Nigerian government is all out to clamp down on critics of their anti-human policies and acts. However, any government going this way, is gradually moving toward anarchy, a point Nigerian students will resist with every strength we have.”

He believes that the bills could infringe on the fundamental rights of Nigerians.

“These bills are tactical moves to shut the ordinary man, youths and the journalist to pave way for their impunity.”

“If this bill is allowed to thrive, the government will be vested with the sole power to determine what a hate speech is, and as a result witch shunt opponents and even journalists.”

“On this note, Nigerian students stand firm against the social media bill in totality and every other thing it might stand for.”

“We have students in other countries of the world but they will never be caged the way Nigerian government is trying to muscle us as if they want the world to end in this century.”

“Even when the social media bill is yet to be passed into law, lawmakers are beginning to witch shunt our students who talk about their anti-masses behaviors on social media.”

“It should be noted that only a students/elite could identified most of these wicked act of politicians as some of them poses to be good intentions even when they meant the opposite.”

“As we speak, one of our students, a second-year student in the Department of Science and Technology Education, Bayero University, Yahuza Tijjani is currently in prison custody for speaking his mind on his Facebook wall allegedly against a member of the state assembly. ”

“He was picked since September 30, 2019, after posting the following on his Facebook wall “You know he’s not well educated, as a result of which he doesn’t know how to calculate figures. He said 1230, he later said 1500 and at the ended saying 2000.”

“In another post, Tijjani also wrote, “I pray to God almighty that the election petition tribunal [will] declare the election of state’s assembly member representing Madobi as inconclusive”.

“For posting the above, the lawmaker through the police got Tijani arrested, make him spend seven days at the state criminal investigation department, Police ‘Zone 1’ regional headquarters in Kano state before he was sent to jail by the magistrate.”

ALSO READ:  DRC: Why Shoprite has decided to close shop

“Clearly, this is a complete case of inhumanity to man and such power drunk attitude will not be allowed against any of our students in the country. ”

“To this end, we appeal to the said Hon. Kabiru Is’mail to as a matter of urgency release Tijjanis within the next 72 hours or joined the list of enemies of our students as we are ready to fight any oppressor to stand still on this issue.”

“We however enjoin our students in Kano state to remain calm and not take laws into their own hands as we shall confront when the time for that comes.”

“The National President of NANS, Com. Danielson Akpan has, however, directed that state Chairmen of NANS with indigenous students associations should stage a peaceful protest to their different state assemblies after which there will be a national students protest to the National Assembly against this anti masses bill.” he concluded.