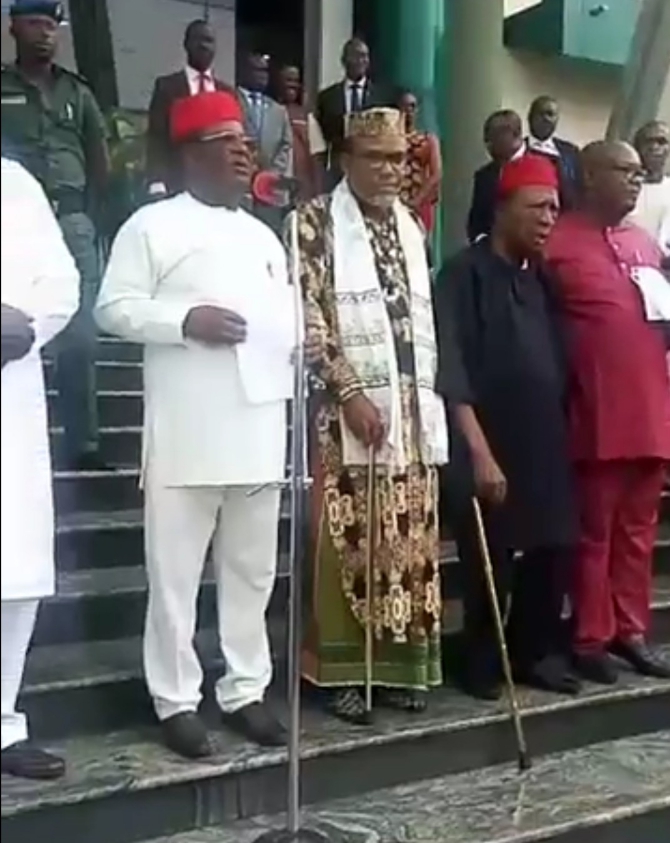 SAHARANEWS – The Indigenous People of Biafra (IPOB), yesterday, foreclosed any plans of dialogue with governors of the South East, who they described as traitors.

There are also indications that the leader, Nnamdi Kanu and other members may storm New York, venue of the 73rd session of the United Nations General Assembly, if as they termed it, “the right conditions were put in place.”

IPOB said if it did not get the anticipated favorable condition, a later date would be slated and duly announced for the visit to the UN headquarters.

Director of Media and Publicity, Emmanuel Powerful, in an exclusive chat with Daily Sun, boasted that there will be no peace for South East governors, noting that they failed to utilise a window of opportunity that existed in the past but instead allegedly joined “their Fulani masters in the unwarranted, immoral and treacherous persecution of IPOB in return for empty promises of higher political office.”

He said the current pre-occupation of the group was the restoration of independent state of Biafra.

“ipob’s primary focus is on the liberation of our land and enthronement of liberty for all oppressed people. south east governors are part of the problem and not the solution. therefore, they will continue to be regarded as the traitors,” the spokesman said.

IPOB Vows To Treat The Madness Of Nigerian Ambassador To Congo, Takes International Actions Against Her – See Details