First U.S. Bitcoin ETF Could Be Approved This October –… 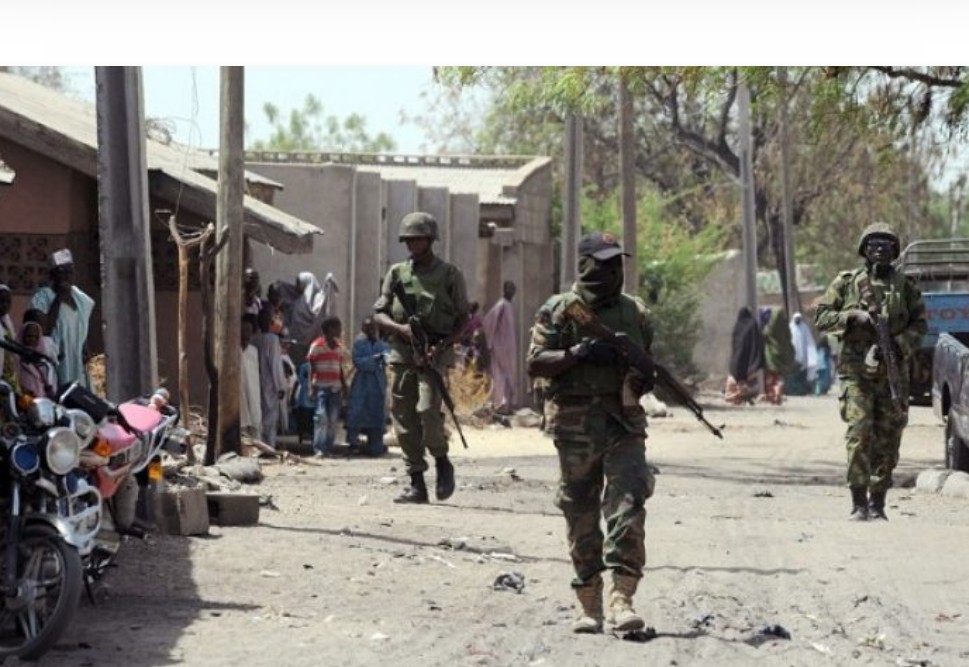 SAHARANEWS – The father of the late Joseph, Mr. Monday Pessu in an exclusive chat with the newsmen said he believed the soldier was commissioned to murder his son, urging the appropriate authorities to prevail on the soldier to disclose who allegedly recruited him to murder his son.

The late Pessu said he is a widower with seven children, recalling that   his wife, the late Joseph’s mother was shot dead during a rerun election in Delta State in 2010 while she was opening her store around Bazaunu area of Warri.

I am Mr. Monday Kpesu, the father of late Joseph Kpesu. I was surprised to hear what happened to my son on the second day of this lockdown in Warri.     He went to Ubeji and a soldier stopped him. The boy who was in the vehicle with my son, said he stopped.  And the soldier talked with him.  My son drove off, and the soldier opened fire on the vehicle, the bullet touched my son at the waist. My son still managed the vehicle to get to Uguwangwe.

The soldier halted another vehicle with the force of his gun, entered it and told the driver to chase my son. He pursued my son to Ugbwuwangwe and as my son was coming down from his vehicle the soldier got close to him and shot him three times and he died on the spot.

I am a widower. The late Joseph has two children.  By the end of this month he would have been 28 years.  I want justice.

They said he drove a vehicle without number plate.

They said he did not stop when they stopped him.

He came alone, not that he was with any other soldier. I heard he has been arrested.

I want the Nigerian army to give me justice.  When a military Commander asked him what the man did to him, he said he did not do anything to him, that my son wanted to hit him with his vehicle but did not hit him.

How was Joseph to you?

He was a lovely boy. People are talking well about him. He was not a thief. He was cool-headed.

Investigation is on, we have restored peace – Council Chairman

I am Dr Mike Tidi, the local government Chairman, Warri South Local Government Area.   Governor Ifeanyi Okowa has ordered thorough investigation into the matter. While this is ongoing, there has been peace after the incident.  We mobilized with security men to restore peace. I have visited the father of the deceased. It is painful.   The state governor is also pained by the sad development. I want to appreciate the youth for listening to our appeal for peace in the area.  Let us all also comply with government directive to remain indoors this period to fight spread of covid – 19.

It is not true that youths killed anybody— Chief Sonny Popo

I am Chief Sunny Popo, a community leader.

The situation is under control.

The rumour that they killed people is not true. The story that a naval officer died; we have not heard about it.

There is an army officer threatening on video that he is coming to Warri to rape all women in Warri for killing an officer.

Nobody killed any officer. There was assault on two naval men when the thing happened, but I am not aware any of them died.   The youths are not planning to revenge.

Ignore social media reports that there is fire in Warri —

There are rumours spreading that the whole of Ugbuwangwe and Ogunu is on fire. But as you can see the area is peaceful.

Everybody complied with the rule.

SaharaNews gathered that the soldier was alone at the Ubeji roundabout. Military sources said he had been transferred to Benin, but they could not understand why he was still around there and what he was doing at the roundabout alone

Amidst War Against Coronavirus, Enugu State Commissioner For Health Has Been Reportedly Dead