CHECKPOINT RAPE: Army Dismisses Soldier Rapist, Hand Him Over To Police For Prosecution 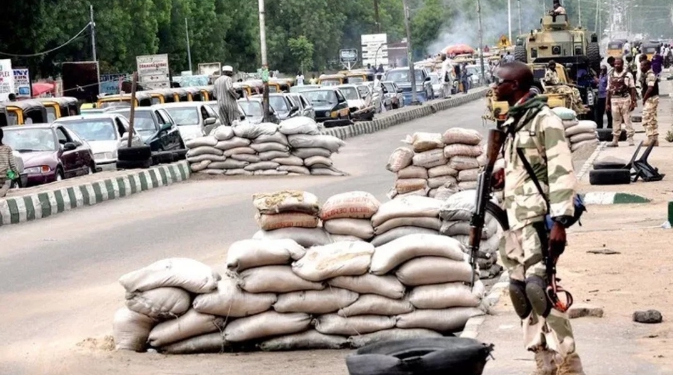 SAHARANEWS – The Nigerian Army has confirmed that it has handed over a soldier, Sunday Adelola, to the police authorities for allegedly raping a female student of Adekunle Ajasin University, Akungba Akoko.

It was gathered that the Mr Adelola, a Lance Corporal, had earlier been dismissed from the army before he was handed over to the police.

His dismissal was said to have followed an in-house military trial by the Army authorities at the 32 Artillery Brigade, Owena Cantonment in Akure, Ondo State.

“He has been sacked from service and he has been transferred to the police for prosecution because the army does not tolerate indiscipline,” an army source disclosed.

The suspect and other soldiers stationed at the military checkpoint at the Ikare Akoko road, were recently accused of gang-raping the female student on her way from school.

Although it was earlier thought to be a gang rape, investigations by the authorities exonerated the other soldiers.

A directive from the Ondo State Government urged the army to hand over the suspect to the police for prosecution, after it condemned to action of the soldiers.

The university had also carried out an investigation and came out with its position, condemning the action of the soldiers against the student.

It urged the authorities to ensure justice was done to serve as deterrence to others.

Confirming the development on Sunday, the state Police Public Relations Officer, Femi Joseph, said the suspect had been handed over to the police and would soon be charged to court.

“I can confirm to you that the soldier has been handed over to us. We will soon charge him to court,” said Mr Joseph.

There were concerns that the police and the army authorities were trying to cover up the matter, given their delays in identifying and punishing the suspect.

ABA CHECKPOINT KILLING: IPOB Rejects The ‘Fake’ Name Published By Nigerian Army, Insists That The Real Killer Of Chimaobi Must Be Produced Or….