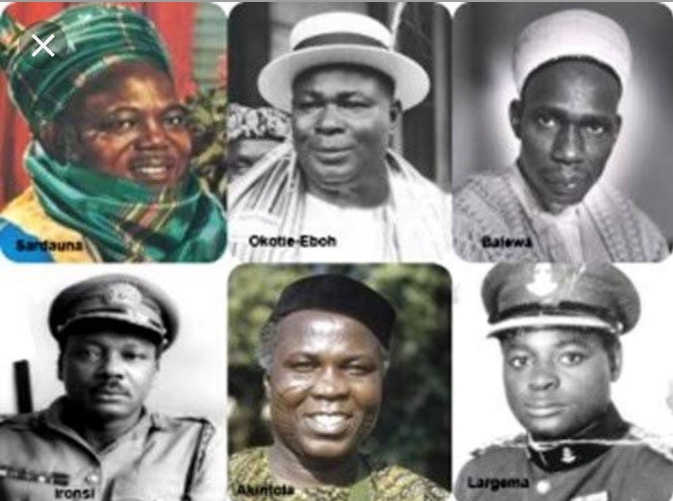 SAHARANEWS – The Leader of the Indigenous People of Biafra, IPOB, Nnamdi Kanu, has revealed real reason for the January 15 1966 bloody coup.The IPOB leader also noted that the undue influence of Yoruba Muslims in the affairs of Yorubaland will mark the end of Yoruba as a great race.

Kanu said that the coup, which some described as Igbo coup, was carried out to stop a grand design of the Fulani to takeover Sub-saharan Africa.Kanu, in a live broadcast from London, monitored by online news on Saturday, alleged that there is a grand agenda of the over 200 years old by the Fulani to silent other regions in the country.

The IPOB leader said that the alleged grand design is what confronts the Biafrans today, adding that the Fulani are being allowed to get away with these excesses because they have managed to subdue all Nigerians.

ALSO READ:  "Now That The Army Has Failed In The Fight With Boko Haram, Deploy Women To Do The Job" - Aisha Buhari Urges FG

Kanu vowed that the Fulani will never control the Biafrans.He said, “My people, we have the moral and religious obligations to make these sacrifices for our future generation; lest they blame us for our inactions. That we are standing under a shade today is possible only because somebody some time ago planted a tree.

“If you take the recent experience of Justice Onnoghen and u before him, you will understand that what is unfolding before us today is a grand agenda that is at least 200 years old. It is the grand design of the Caliphate founders, going all the way back to Uthman Dan Fodio.

ALSO READ:  CONCERNS: Who Will Save Us From Buhari?, Nigerians Now Negotiate Price With Kidnappers Not Traders - Omokri Cries Out

“This is the grand design that must be defeated for the Black man everywhere on the planet to finally be free because it is true that ‘in Biafra Africa died’ this also means that in Biafra, Africa shall resurrect by the power of Almighty Chukwu Okike Abiam (Nke puru ime ihe nile)!

“It is no secret that Jubril, a.k.a. Buhari is the arrowhead of the unfolding grand design of the Fulani to dominate the whole of the Sahel region. If anyone is still in doubt as to this design, the recent rally in Kano by Jubril-Buhari that had two serving Fulani governors from Niger Republic attending should clear it up. It has never been about Nigeria but about what the Fulani want. What are the implications of the activities of Jubril-Buhari for the sovereignty of Nigeria (the Zoo)?

“Yoruba land, as we know, extends into Dahomey in present day Benin Republic, and even to parts of Togo where incidentally they speak Yoruba as a language. Can anyone imagine the angst that would have accompanied the alliance of mainstream Yoruba politicians with their counterparts in Benin Republic and Togo?

“All hell would practically have been let loose! Ironically segments of the Yoruba media is once again shamefully acquiescing in this situation!

“Fulani are being allowed to get away with these excesses because they have managed to subdue all Nigerians but not we Biafrans. Nigeria has effectively become a Fulani caliphate before our eyes.

“The undue influence of Yoruba Muslims in the affairs of Yorubaland will mark the end of them as a great race. They have not learnt from history – the Afonja/Janta-Alimi saga. The Abiola humiliation. Ironically, most people hardly learn from history even though history could easily repeat itself.”