Buhari vows to support Human Rights and justice in Nigeria 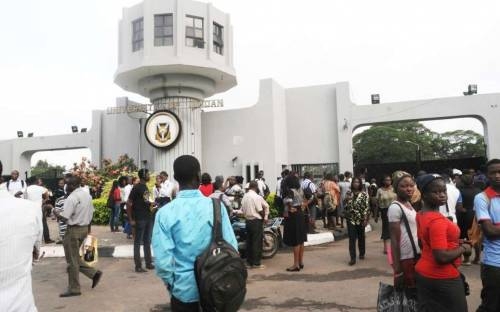 SAHARANEWS – Gunmen believed to be armed robbers on Sunday attacked a female hall of residence at the University of Ibadan, Oyo State.

According to a resident, who spoke with SaharaNews, the armed robbers stole mobile phones, laptop computers and other valuables belonging to students.
The student said: “The robbers were about seven.

“They divided themselves into groups and tried to gain entrance into each room.

“One of my friends said that they kept trying to force her door open but eventually gave up when she refused to open.

“They collected the mobile phones and laptops of many students.

“One married woman said they asked her for her jewellery and collected her earrings.

“Male students in other hostels tried to confront the robbers but couldn’t succeed due to the weapons carried by the criminals.”

At the time of filing this report, there was still panic within the hall as university security officials try to bring the situation under control.

This is the third time in the last month that armed men would be attacking students’ hostel in UI after Obafemi Awolowo Hall twice ‘hosted’ the hoodlums.

We’re not responsible for kidnap of travelers on Calabar waterways, says BnL